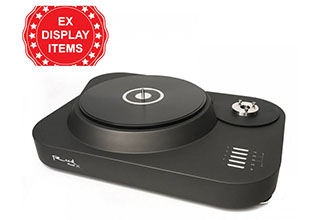 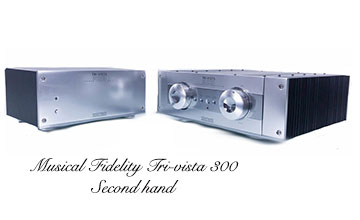 Regular readers of The Ear may recall that in September of last year we published my comparative review of the Tellurium Q Black and Black Diamond digital RCA cables.

To summarise that, the Black was good but the Black Diamond was considerably better, and stayed in my system thereafter as my reference cable. Geoff Merrigan, the owner and chief designer of Tellurium Q called me to thank me for the review, and to ask me if I would like to compare the Silver Diamond with the Black Diamond? Let me see...

I accepted with alacrity. Now the Black Diamond had been doing great service since it won its place as my review standard, and as I said in the previous review, for me the gap between vinyl replay and CD replay had narrowed considerably, to the extent that I have been playing CD at least as much as vinyl over the past few months.

Given that I probably own ten times more CDs than I do records it has been really exciting to start exploring my CD collection again.

The question in my mind was could the Silver Diamond really outperform the excellent Black Diamond, and could it therefore justify costing a third more?

Yes, I know that’s two questions, but we reviewers live on the edge so that you don’t have to. As in the previous review, I pulled together some of my favourite music on CD, and deliberately chose a pretty eclectic mix of rock, jazz, blues, modern pop, classical and choral recordings.

Somebody once said there are only two kinds of music; good music and bad music.

While that may well be true, I define it slightly differently – music I like and music I don’t. I am not close minded though, and I am always thrilled when somebody introduces me to an artist of whom I have been unaware and whose music I find makes it on to my ‘like’ list.

After about five albums worth of extremely enjoyable listening I removed the Black Diamond from between my Lyngdorf CD2 transport and Lyngdorf TDAI3400 amplifier/DAC and installed the Silver Diamond. From the first moments of listening to One of These Days from Pink Floyd’s Meddle, I was absolutely astonished.

The Silver Diamond took my immersion into the music that I know so well to another level completely. This was not a subtle change, a nuanced difference.

This was like stepping from the audience onto the recording studio floor.Every musical strand, every instrument took on a three dimensional character that is very hard to describe, from Roger Waters’ bass, through Nick Mason’s drumming, to David Gilmour’s guitar and Rick Wright’s keyboards, I could follow which ever I wanted without ever losing the musical cohesion of the song. I planned to play just one track but sat transfixed until the last notes of Echoes had faded away.

Once I had gathered my thoughts and made some notes, I found that I had the same experience with every piece that I played. That first day with the Silver Diamond RCA wasextraordinary. The medium disappeared completely leaving only the music, and the end of every disc forcing me back to the reality from which I had been transported from the time that the first note had been projected from the loudspeakers.

When I put on Gary Karr and Harmon Lewis playing, respectively, the double bass and organ on the Cisco Firebird gold CD of Adagio d’Albinoni, the realism of the sound of the double bass, and the sense of the acoustic of the recording venue, were so intense that I played the disc through twice.

This was the ultimate goosebump experience for me. During the review period I have had two guest amplifiers come though my system, both fitted with good quality onboard DACs. Using the Lyngdorf CD2 as a the transport as before, I connected the Silver Diamond and still got that same thrilling experience as I had with the all-Lyngdorf arrangement.

That gives me the confidence to say that whatever your digital source, and whatever your DAC, your selection of digital cable will have a very significant bear- ing on your listening pleasure. I know there are a lot of you reading this who still have substan- tial CD collections and don’t want to move away from physical media to streaming.

I do get why that has so much appeal, and of course I too use streaming services from time to time. Havingaccess to an almost infinite selection of music makes a compelling case for itself. I also use it to check out new releases to decide whether I want to splash the cash on a physical copy.

If I used an external streamer and a separate DAC rather than one built into my Lyngdorf TDAI3400, I would be very sorely tempted to invest in the Silver Diamond to carry the precious data between the two. As I write this we (in the UK at least) have been given a provisional roadmap for a return to a modified form of normal living, which is a very pleasing thought. As a result of those changes it will not be too long before our retail community can once again unlock the doors and welcome their customers back.

When that great day dawns, may I suggest that you make an appointment to go and listen to what a Tellurium Q Silver Diamond Waveform HF Digital RCA (pause to get your breath back) can do to rekindle your enthusiasm for digital music. Of course you may find that one of the less expensive Tellurium Q options is more than adequate (and I can confirm that all the ones I have now heard are admirable performers), in which case buy that and spend the difference on music.

On the other hand, you might just find that the £1,200 asking price for the Silver Diamond is in actual fact a bargain, as it takes your musical delight to levels which you thought were beyond your system’s reach, and will be a lot less expensive that changing major components.

I am fascinated to see what Mr Merrigan does next.

I for one am grateful that people like him are never happy to simply sit on their laurels, and that he will continue to seek out new and better ways for us to unlock the musical magic that either lurks on our shelves or out there in Cloud-land, on the apparently infinite servers of our preferred streaming service providers.

If he can help me to continue to find new things in music that I have known and loved over the past half century or more, then I wish him every success in his quest.